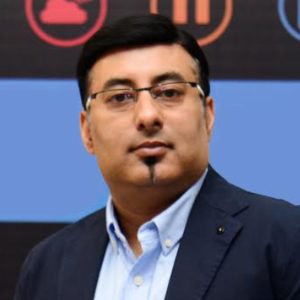 Siddhartha has championed multiple innovations in the digital entertainment space. He spearheaded the launch of Hungama Music, Hungama Play and Artist Aloud. He has also been instrumental in crafting unique consumer experiences such as Hungama Drive – the first of its kind, in-car music app, available in Jaguar Land Rover vehicles; linear channels – ad-free and pre-programmed OTT channels; and exceptional gaming experiences for Hungama Games, with the launch of multiple movie and cricket IP games.

Siddhartha has also led the creation of multiple touch points with Hungama’s users, through its associations with leading telecom operators like Vodafone and Airtel, DTH services like Tata Sky and smart devices like Amazon Echo. He has been the driving force behind the company’s international expansion and delivered Hungama’s services to users across the globe through associations with international telecom operators. Under his leadership, Hungama has further strengthened its distribution business, and partnered with over 400 content creators, record labels, studios, broadcasters and game publishers globally, for digital and mobile content. Today, the Hungama service has over 45 million monthly active users across its consumer destinations, and is available in over 70 countries worldwide.

Siddhartha was the erstwhile COO & co- founder of BigAdda, India’s largest youth network, a part of the Reliance ADA Group. Prior to Bigadda.com, he has worked with MTV Networks and Star TV India.