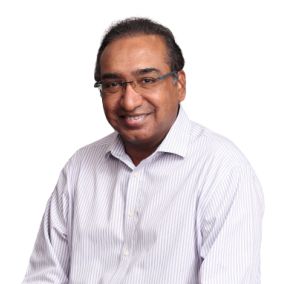 With an experience of three decades spanning across media and entertainment, industry veteran Sameer Nair has held prominent positions at leading media organisations. His experience, stellar achievements and his creative flair showcase his innate ability to balance Art with Commerce, to lead and motivate Creative & Revenue teams with equal dexterity.

After a stint with Yellow Pages in Mumbai, Sameer entered the nascent televi-sion industry in the early 90s with Star Network, where he started as program-ming head and through his journey of 12 years went on to become the CEO of the network. In 2007, Sameer turned entrepreneur with the popular general en-tertainment channel, NDTV Imagine Ltd. and later, he successfully concluded the sale of NDTV Imagine to the Turner Group and went on to become the CEO of Turner General Entertainment Networks. Further to this, Sameer took over one of the prime production houses of India, Balaji Telefilms Ltd. as its Group CEO devising an expansive strategy for the company’s foray into digital with ALT Balaji.

With his innate ability to present the perfect amalgamation of quality and crea-tivity with commerce, over the past 4 years, Applause has developed a vast range of premium drama series including Scam 1992: The Harshad Mehta Story, Hostages, Hasmukh, Avrodh, Undekhi, Your Honour, among others, currently streaming on India’s leading platforms like Netflix, Amazon Prime, Disney+Hotstar, MX Player and SonyLIV. Scam 1992: The Harshad Mehta Story effectively transfigured the concept of storytelling in India, by staging new talents that were phenomenally appraised globally. The show blazed a novella trail by putting Sony LIV on the Indian OTT map being the highest rated web series in the country breaking records and setting unprecedented benchmarks. Sameer has led the studio to create prolific content, associate with leading talent from the industry to essay strong characters, partner with prominent global content studios, with plans to explore newer content formats including films, animation, audio and short form.