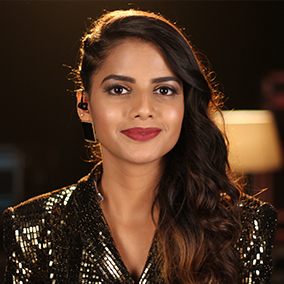 An independent musician, Ritu Agarwal is a singer-songwriter and composer. She came into the limelight during the first season of “The Voice India” (Team Shaan), where she made it to the semi-finals, making heads turn. With an enormous subscriber fanbase of over 1.7M and over 200M+ views, Ritu qualifies as one of the most powerful singers of the YouTube community, and is continuing to win the hearts of millions. Known as a lethal combination of talent, charm, and elegance, Ritu has an extremely powerful, confident and melodically versatile voice. She has attained her Master’s degree in Hindustani Music and is a trained Kathak dancer. Alongside this, Ritu also loves to play an array of instruments like keyboard, tabla, guitar, etc. Her recent stint was the television show, Jammin, on Sony Entertainment Television, where she performed alongside legendary musician, Ranjit Barot. She has been a part of the YouTube Fanfest for two consecutive years now and has recently, also launched her very first original composition, Ek Dafaa.