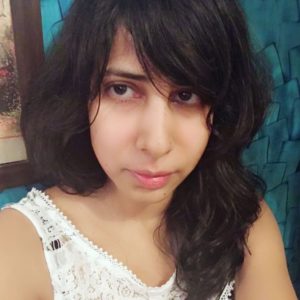 A graduate of English Literature from Lady Shriram College, Delhi, with an MA in Filmmaking from MCRC JamiaMilliaIslamia, ReshuNathdiscovered FOMO before it was a thing, and so worked indiscriminately across all mediums, all platforms and all genres.

While she is the writer of the critically acclaimed OTT drama series,‘Bose: Dead/Alive’, on ALTBalaji, starring RajkummarRao and Creative Produced by Hansal Mehta, she has also written the three seasons of the OTT hit, ‘KarrleTuBhiMohabbat’, starring TV’s most-loved couple,SakshiTanwar and Ram Kapoor. Her other OTT shows include the young adult adventure series, ‘Cyber Squad’, on Alt Balaji;the soon to be launched romantic drama, ‘Broken’, starring Vikrant Massey and HarleenSethi; and an upcoming legal thriller for Viacom’s OTT platform, VOOT.

She has dabbled in the short film genre with‘Second Chance’, a post-apocalyptic, science fiction short for children, which won awards across film festivals.

She began her career as Assistant Director on the National Award winning ‘Dance Like a Man’; has written a Hindi feature film, ‘Kagazke Fools’;and has worked with Eros India as a creative consultant.

She is a Luddite at heart and won’t be found on Social Media.