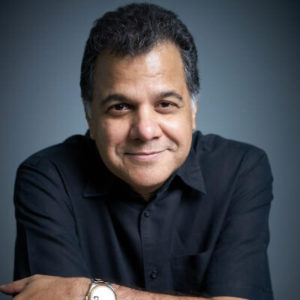 An industry veteran and visionary, with a career span of close to 28 years in media, out of which 25 years has been in the broadcasting industry, Raj is one of the most highly regarded thought leaders in the advertising, marketing & media entertainment space in India.

Raj took charge as Chief Executive Officer, COLORS, Viacom18’s flagship brand in the entertainment space, in 2011. His foresight has made COLORS a name synonymous with Hindi General Entertainment in India. He provided vital insight and impetus, to consolidate the brand’s position as an influential player in the GEC space. He has also heralded the launch of Rishtey and Rishtey CINEPLEX. His business acumen ismarked by an eye for creative content that aids high revenue generation to strengthen the bottom-lineeffortlessly. A complete people’s person, who leads from the front, Raj is a risk-taker and quick decisionmaker. Extremely astute and savvy, Raj began his career with Tata Economic Consultancy Services,and has since worked in various capacities, both in the print & electronic media. In 1993, Raj joined the STAR TV Group (a News Corporation company owned by Rupert Murdoch) as Executive Vice President, Sales & Marketing, where he spent 10 years and was responsible for the strategizing, packaging and marketing of all the STAR TV channels and for the group’s advertising revenue. In 2002, Raj joined NDTV Media Limited, as CEO &minority stakeholder in the company,and helped set up the company. His entrepreneurial ability led him to set up his own independent entrepreneurial venture,AIDEM Ventures Pvt. Ltd., after which he made his transition to Viacom18.

Raj was named the Media Person of the Year 2016 by the International Advertising Association (IC).  He was also awarded the first‘Influencer of the Year Award’ the same year, by Exchange for Media.

Raj has been an active participant of many industry bodies. He has been the President of the Advertising Club &The InternationalAdvertising Association India (Chapter)for two terms and has also been on the board of Media Research Users Council (MRUC) & The Indian Broadcasting Foundation (IBF).  He is currently the Chair at the PromaxBDA since the last 4 years.

As someone who believes in spreading cheer and winning hearts, Raj is the second most engaging CEO on social media. Apart from driving such an enormousbusiness, this chief is passionate about food, travel & reading.  His twitter handle, @rajcheerfull, reflects his overall personality.