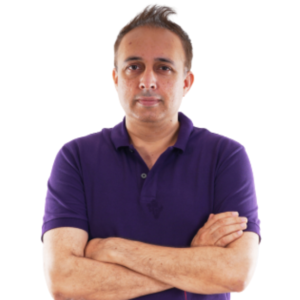 In a career spanning 25 years, Namit has worn many hats in the world of media and entertainment. He began his career as a journalist and freelance TV writer/Producer. Key milestones in his career have been his stints as Sr. Executive Producer at Sony Entertainment Television, as Creative Director at Cinevistaas – a leading production house for TV soaps, as Executive Producer at one of India’s Leading Film Studios – Yash Raj Films, as Business Head and Chief Creative Director at Wizcraft Television and As Programing Head at Zee TV.