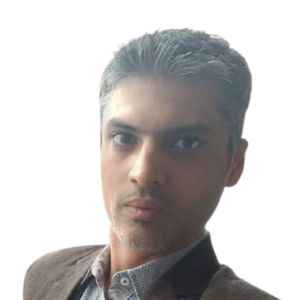 Manish Menghani leads content acquisition for Amazon Prime Video, India. He is responsible for setting licensing content strategy across genres in 9 Indian languages to ensure customers have access to the best content that delights and engages them. As one of the founding members of PV IN, Manish has been instrumental in developing deep and long-standing relationships to source content from studios, producers, regional content creators and international studios. He has deep knowledge of the media and entertainment landscape along with the ability to identify appealing movies and series early in the lifecycle from around the world, including the recently launched slate of k-dramas on Prime Video. Manish took the lead in curating Amazon Prime Video’s foray into co-production in India with Ram Setu, alongside Cape of Good Films, Abundantia Entertainment and Lyca Productions.
Manish also helped set-up Amazon’s miniTV content pipeline, over the past year. minTV is a free, ad-supported video streaming service on the Amazon shopping app.

An alumnus of the prestigious SVKM’s Narsee Monjee Institute of Management Studies (NMIMS), Manish started off his professional journey as a music producer.

He then moved onto his corporate journey, where he was one of the first twelve people hired to build the Reliance Broadcast Network. In his subsequent stint with Hungama, Manish was charged with setting up the content division for the company’s consumer business.