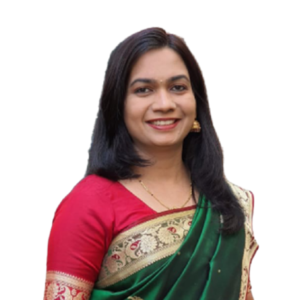 Madhura Bachal is a pioneer of Maharashtrian cuisine in the digital world. The young woman took a leap of faith back in 2009 when she started the very first YouTube channel dedicated to Maharashtrian cuisine. Over the years, Madhura has gained a following of over 5.7 million subscribers on her Marathi YouTube channel alone. Across different platforms, over 9 million people follow Madhurasrecipe.

Madhurasrecipe was the first Marathi YouTube channel to have crossed 4 million subscribers. This channel boasts of over 3,000 unique recipes with cumulative millions of views. While these recipes are largely Maharashtrian, Madhura has mastered almost any dish you can imagine, from international cuisine to desi street food. The good news is, with Madhurasrecipe, anyone can master cooking!

Madhura was honoured by multiple prestigious awards at national and international levels such as Asia level Video content creator of the year 2019, Successful Business women award 2019, Food creator of the year 2019 by Likee, Padmveer award 2019, Shining example of excellence award 2020 by aspire. She was also nominated in the food category award organised by Andhra pradesh state government and She was among the first five nominees. She is the most favourite invitee in many of the food events organised by Google India and Facebook.

As the pandemic brought the world to a standstill and everyone turned into a home-chef, Madhura’s reach spiked. Madhurasrecipe is now in more desi kitchens than ever before. Most people inherit authentic recipes from their mothers and grandmothers, and for those who haven’t, Madhura’s got your back.