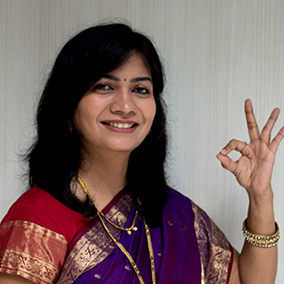 Madhura Bachal is one of the top Digital Chefs from 2009 on YouTube and top chef in the Western belt of India. She has a fan following of over 3 million across YouTube & Facebook. She has also released her own recipe book, which is available online. In October 2018, Madhura even launched her range of spices called Madhura’s Recipe Masala. It consists of a pack of 3 spices namely Goda Masala, Byadgi Mirchi Powder and Kanda Lasun Masala, each in 100 gms quantity. The initial batch was sold out within the first two days of launch. She also organizes offline events such as Angat Pangat, where hundreds of fans come together and bring home-cooked Maharashtrian food.