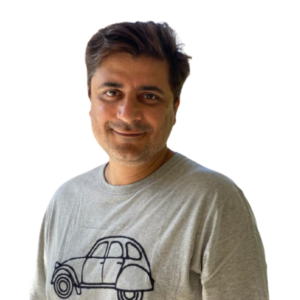 Goldie Behl is into films since he was 15, when he stepped up to help finish his father Ramesh Behl’s last film Indrajeet after the latter’s untimely demise.

He was 19, when he produced Angaaray. Then he went on to produce and direct Bas Itna Sa Khwaab Hai, which pointed out the change in Indian economics, also highlighted the new Indian aspirations and reservations in the Indian system along with influence of media into the youth. His another film Drona which he directed and produced, was one of those VFX pioneer heavy films which set up a bench mark for the Indian film industry collaborating with international technicians.

He then directed a couple of fiction series namely Reporters and Aarambh. Reporters was a television show that revolved around a news room drama touching upon subjects of light politics. Whereas, Aarambh was one of the big budget visual effect TV show in India, the story revolved around Aryan invasion and the rivalry stemmed between the Dravidians and Aryans. The story was written by one of the famous writers of India – K. V. Vijayendra Prasad.

For OTTs, He then produced, show-ran and directed Rejctx and Rejctx 2 for Zee 5. He has also produced and show-ran 3 seasons of Hello Mini, the most viewed thriller series on any digital platform in India in collaboration with Applause for MX Player.

Currently, He is working on a web series namely Cheat as show runner and producer, this series is an adaptation of a British show in collaboration with Applause entertainment. Another project namely Flower of evil a Korean drama for Zee 5 is in the pre-production phase along with a young adult space leading show named North Point in collaboration with Jio with Goldie Behl being the producer, show runner, director and co-writer.