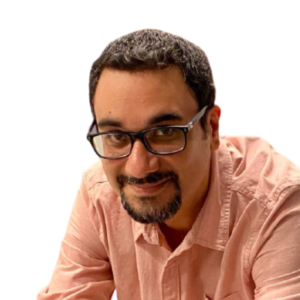 Ferzad joined Viacom18 (then MTV Networks) in 2004 and became the youngest member to be inducted into the Viacom18 Leadership Team at the age of 28 in just 4 years of his tenure at the organization. Ferzad’s 13 years of leadership journey at Viacom18 has seen various milestones. A seasoned Media, Entertainment and Advertising leader with close to 3 decades of industry experience, Ferzad helms the responsibility of driving the growth of its digital subscription business with its premium subscription play – Voot Select and Voot Kids along with international expansion for Voot.
Under Ferzad’s aegis, Voot Select clocked in over a million subscribers in its first year and despite being a late entrant in the category, became the fastest growing broadcaster-backed OTT service. On the back of a digital-first strategy, Voot Select scripted stories of success, keeping its consumers at the core of their story telling.

Having earned his stripes early, by acing the art of diversifying brands beyond television into various platforms and businesses, he was named one of ‘India’s Top 25 Hottest Young Executives’ by Business Today and listed under IMPACT’s ‘Top 40 Under 40’ list.

In his previous role as the Business Head of Youth, Music and English Entertainment, Ferzad spearheaded the very successful launch and expansion of Viacom18’s English Entertainment portfolio, including the turn-around story of Vh1 India along with the growth and diversification of the network’s Youth & Music business. Ferzad groomed the networks cluster and was responsible for growing its share from 3 per cent to 70 per cent.

Elevated to Business Head and GM of Vh1 in 2010 he turned around its fortunes by growing the brand on linear and other platforms including LIVE entertainment.