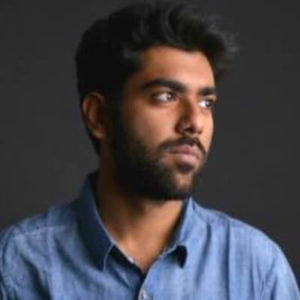 Dhruv Sehgal is an actor, writer and director who has worked on several projects from independent short films like “I am Offended” to short videos, sketches and web series for FilterCopy and Dice Media.

Having grown up across many countries like Muscat, Kuwait, and Britain, Dhruv has a wide range of personal experiences to channel into his writing. After finishing high school in London, he moved to Pune to graduate in Film
Studies from Symbiosis.

Following this, he worked on two documentaries with National Award-winning director Jaideep Verma as an Associate Director and Co-editor. The two documentaries were – Baavra Mann, A film on Sudhir Mishra and Other Indian Realities and I AM OFFENDED.

His own short film Kunal,which he wrote and directed, won the best short film award (Dimensions Mumbai) at MAMI 2015.

Over a short span of time, Dhruv has scripted and acted in some of the largest short video content to hit the Indian internet at Pocket Aces. He’s not just a writer and director, he has become a well known face among the youth by appearing in several viral of FilterCopy’s viral sketches like Confusing Things Girlfriends Say , Annoying Things Boyfriends Do as well as serving as director on hits like If Parents Behaved Like Us .

Dhruv Sehgal is most renowned as the lead in Dice Media’s web series, Little Things– India’s biggest hit web series, which he has also written.

He’s also received several awards, such as Talentrack Award for Best Digital Content(Web-series: Little Things), Viral (Confusing Things Girlfriends Say), Rome Web Awards for BestRomantic Scene – Little Things, etc.
He is not only passionate about his work, but also about the art of creating in general. Hisinterestsrange from films, music, literature and sports. He has also been covered by various digitalandmainstream press publications, and has been invited to several panels and college festivals in thepast year, where he has talked about his journey as a creator and filmmaker.

Dhruv has a strong interest in creating non-fiction content. And even though he’s an actor, writerand director by profession, he considers himself a storyteller, who uses different media and toolsto share different kinds of stories with the world.