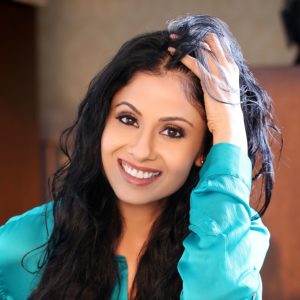 Chhavi Mittal was born and brought up in Delhi. She grew up in a completely musical environment, and became a performing singer at the age of 7. Having come to Mumbai with absolutely no ties to anybody in the industry, and having no acting background, it was but a miracle for her to get a break almost instantly. Her experience as a model and a professional TV anchor gave her a lot of camera confidence. Chhavi is now happily married to well-known Film & Television director, Mohit Hussein. She is also mother to a beautiful little girl.
Chhavi excels in all her roles,as an actor, singer, model, wife, mother, home-maker, writer, producer, blogger &YouTuber. Passionate about everything she does, Chhavi is famous for giving her 200% to each & every project she undertakes. She’s a believer in the motto, “One Life”, and lives by it every day.

ABOUT CHHAVI, THE ACTOR
Chhavi holds an honours degree in English Literature, and a Masters in Hindustani Classical Music(Vocal). She has a variety of television shows & films in her kitty. Having been a part of the industry since a very tender age, she has tried a hand at practically every genre.

ABOUT CHHAVI, THE PRODUCER
Chhavi has co-founded a successful Digital Content Creation Company along with husband,Mohit Hussein. The YouTube channel, IDEAS TRENDING, her maiden venture, showcases her creative abilities, not just as an actor, but as a creative writer as well. Together, Mittal & Hussein are creating waves in the digital world as well.