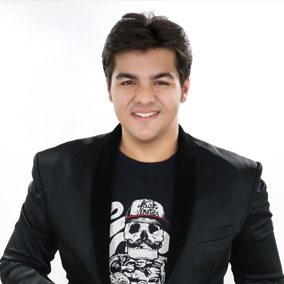 One of India’s biggest YouTubers, with a strong base of 20 million + fan base all over social media. He is the receiver of many awards, but most importantly, relates with every student of the country through hilarious sketches! Ashish has done collabs with Bollywood stars like Akshay Kumar, Shahid Kapoor, Kartik Aryan and was associated with Marvel Studios for Avengers : Infinity War & Avengers : End Game.