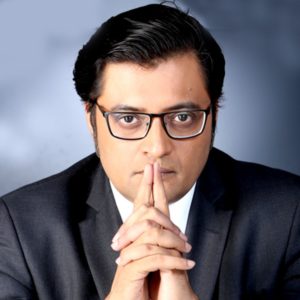 Mr Arnab Goswami is the founder and editor-in-chief of Republic TV and Republic World- India’s first independent media tech news brand, which has been leading the all-India viewership in terms of ratings, since launch. Republic TV has nationalism at its core, the pursuit of truth as its guiding principle and imbibes the fearlessness to investigate, dig out and broadcast that truth in order to fix accountability for a billion. Leading the youngest and most insatiable news team in the country, Republic has broken the norms of traditional newsrooms and journalistic set ups. With over 20 years of journalistic experience, Mr Goswami has crafted his own module and used his style as a journalist to redefine Indian news television with his mantra- breaking the news, breaking the silence.