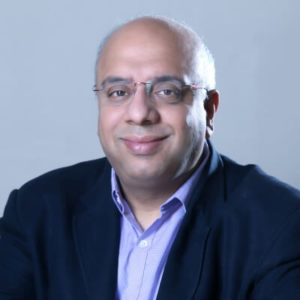 Mr. Annurag Batra is a serial entrepreneur, media mogul, journalist and eternal optimist, rolled into one. He is a B. Tech in Computer Science, a degree he acquired before joining Management Development Institute (MDI), Gurgaon, one of India’s leading Business Schools. He is a first generation entrepreneur and currently, the Chairman of BW Businessworld- the iconic 36 year old business media and magazine brand. Since taking over BW Businessworld, Mr. Batra has expanded the media organization into digital, events and BW communities, and has taken into its fold, www.digitalmarket.asia, Asia’s leading website on digital marketing; www.everythingexperiential.com, India’s leading experiential marketing website; and launched BW hotelier, in partnership with hotelier international. He has launched several other communities under the BW umbrella, which cater to niche audiences in different sectors. At present, Mr. Batra is building the BW Businessworld business aggressively and taking it to new heights.

Mr. Batrais also the founder of the exchange4media group and serves as its Chairman and Editor-in-Chief. e4m is India’s leading media industry company, which houses several brands under its fold. The brands include- PITCH – India’s only Advertising, Marketing and Media Magazine; IMPACT – The Marketing Weekly; Franchisee Plus – Business Opportunity Magazine; Realty Plus – India’s leading monthly real estate magazine; and samachar4media.com – leading media industry website in Hindi.

Mr. Batra has also been appointed by Government of India as the Chairman of an industry committee formed to come up with a vocational training framework for the media, communication and entertainment industry. He mentors many budding entrepreneurs and enjoys the process of reverse mentoring – as in, what he learns from these young entrepreneurs. At BW Businessworld, BW Accelerate is an initiative to provide a structured platform to entrepreneurs, for mentorship and growth.

He is honorary advisor to http://www.stylekandy.com/, a household name in the fashion industry, and also co-founder of the auto website, www.wheelsunplugged.com, which he exited three years ago, after selling to Helion-backed Trivone.

Mr. Batra is also a regular speaker in National and International Conferences on Media, Internet, Television, Media policy and Entrepreneurship. As a member of the Sales & Marketing committee of the Delhi Management Association and President of the Franchising Association of India, Northern chapter, he has a vital role to play in the decision making processes of industry circles. He is passionate about magazines and is on the Executive Committee of the Association of Indian Magazines (AIM). He also wants to give back to the industry and his love for teaching comes into play in his position as the Chairman of the Advisory Board of FMCC (Futuristic Media Communication Centre), a leading Media and Communication School in India. In 2006, the prestigious Management Development Institute (MDI), Mr. Batra’s Alma mater, awarded him the “Most Distinguished Alumni of the Decade Award”.

Mr. Batra believes if you make your hobby your profession, you don’t have to work and life is a blessing.