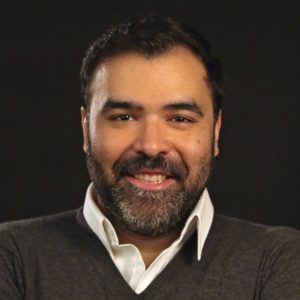 Anirudh is a founder of Pocket Aces, a Sequoia Capital-funded, new-age, socially-distributed, multi-format, digital entertainment company, making highly engaging content for the millennial audience, viaits channels, FilterCopy, Dice Media, and Gobble. Prior To founding Pocket Aces, Anirudh was at Valo Group LLC, a value-oriented hedge fund, based in Philadelphia. Prior to that, he worked in investment banking and private equity at Goldman Sachs, Bank of America, and Istithmar World Capital in New York, London, and Dubai. Anirudh, along with Ashwin Suresh and Aditi Shrivastava, was featured on CNBC Young Turks, in November 2017, with Pocket Aces being listed as one of the top 10 Indian startups to watch out for in 2018. The two founders also bagged Digital Entrepreneur of the Year at Talentrack Awards 2018. Anirudh holds a BS in Electrical Engineering from the University of Illinois at Urbana-Champaign and an MBA in Finance from the Wharton School of the University of Pennsylvania. Anirudh is a huge Liverpool FC fan, massive cricket buff, and a film fanatic. He loves playing poker, reading history, and discussing politics in his spare time. He calls Kuwait (where he grew up) and Mumbai (where he currently resides) home.