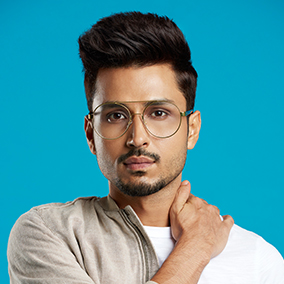 Best known as ‘Chitvan’ from TVF “Tripling”, Amol Parashar is an actor seen in TVCs, plays, short films and is gradually making a space for himself in films as well. He was also seen in Ranbir Kapoor’s “Rocket Singh: Salesman Of The Year” and in a bunch of TVC’s for brands like Tanishq, Pepsi, McDowell’s No.1, Cadbury Silk, Hindustan Times, Bourbon, Mentos, Good Knight, Vodafone Lay’s, Wild Stone and counting.