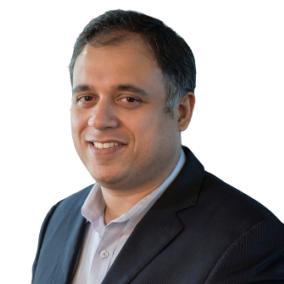 Abhishek Rege is the Chief Executive Officer (CEO) of Endemol Shine India, a part of the world’s largest independent production company. Under Abhishek’s leadership, Endemol Shine India in the past few years has transformed itself from being just a non-scripted content company to a company serving content across screens, languages and genres in TV, Films, and Digital.

Listed in the Economic Times Spencer Stuart India’s ‘hottest 40 under 40 Business Leaders ‘in 2018 and in the Impact 40 under 40 list in 2019, Abhishek Rege has been pivotal in driving growth at Endemol Shine India, be it in a creative role or that of a business administrator. An empowering leader, he is skilled in attracting and retaining industry talent, building positive employee relationships and tailoring management style to accommodate diverse personalities, skill sets and experience levels. He has also been named as one of Asia’s Most Promising Business leaders of 2019.

Prior to his current role, Abhishek as COO of Endemol Shine India, led the company’s over 35m USD (200 crore INR) television business, business strategy and operations of film business in India. An accomplished professional in the media industry, Abhishek Rege has been pivotal in driving growth at Endemol Shine India. He has a proven success record and is accomplished in leveraging comprehensive markets and industry knowledge to ensure high momentum business growth, build a high-performance team and forecast future business needs.
Prior to Endemol Shine, Abhishek was a Director of Business Operations for Viacom 18 Media Pvt. Ltd, New Jersey, USA. In this role Abhishek directed all business operations for the Americas (United States, Canada, Caribbean, and South America) including regional advertising business development and station marketing for Apaka Colors and MTV India. As Director of Business Operations, Abhishek boosted revenues by nearly 50% in less than one year, created brand awareness and grew subscriptions by spearheading strategic, multilingual and local marketing campaigns. He also expanded market reach and footprint by initiating distribution in Caribbean region and established MTV India distribution in United States and Canada by negotiating deals with various platforms and operators.

Abhishek started his career at Star India where he played a key role in scheduling and acquisition of content for premium and exclusive channels for the Tata Sky DTH service in addition to handling key commercial and compliance roles for the STAR group of channels.

Abhishek Rege then joined Trio-Chem Techno-Legal Services Pvt. Ltd. – Pune as Director of Operations post which he joined Endemol India as Head of Commercial and Legal Operations. In his first stint with Endemol India too, the company grew in terms of revenue and net profits and his performance prompted the company to call him back from the USA when it was set for its next growth surge into verticals like Film etc. after an investment from CA Media.

Abhishek has a Master of Business Administration in marketing from Symbiosis Institute of Business Management – Pune and is a graduate of the University of Pune, M.M.M.’s College of Commerce.