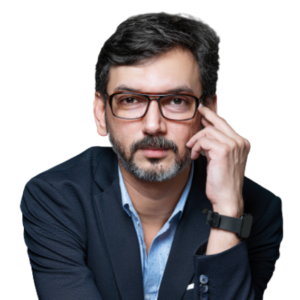 With over two decades of rich experience in the media and entertainment sector, Abhishek Joshi is a former marketing leader who has now donned the hat of Business Head for MX PLayer’s SVOD (Subscription Video on Demand) offering. In his current role, he is responsible for building the subscription vertical from the ground up, along with spearheading Business Partnerships for the brand.

Abhishek has worked with some of the best media conglomerates in India, kickstarting his career with the ABP Group in 2001 and moving on to working with Reliance Big Pictures, Sony Entertainment Network, Zenga Media and Sony Pictures Network India before his stint at MX Media. Having undertaken some of the most extensive media brand campaigns and run a successful startup, Abhishek has worked his way up to the top in the Indian Media & Entertainment industry over the course of his career.

A history aficionado, he confesses to being a sports junkie and is a long-distance runner as well. He also enjoys travelling and exploring new cultures, landscapes and the lovely cuisine that the world has to offer.